Tens of thousands of children live on the streets of major cities in the Philippines. Most spend their days begging for money to buy food. These children become vulnerable to the ills of society and become victims of drug abuse, child prostitution, sexual exploitation by pedophiles, health and sexually transmitted diseases.

ABC Childrenâ€™s Aid Philippines has a small project for these deserving children in Quezon City. The objectives are to provide these children with hot meals, a place to sleep, facility to take shower, get a change of clothes, to be involved in planned activities, talk to trained councilors and possibly paving a way for them to receive formal or vocational education. It is worth noting that ABC Philippines is limited in this project due to financial constraints.

Children enjoy a meal in Quezon city, Philippines where ABC has a project caring for underprivileged children 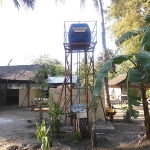 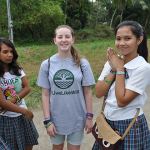 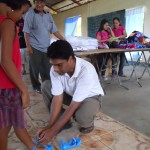 Children enjoy a meal in Quezon city, Philippines where ABC has a project caring for underprivileged children