Melissa J. Rivera, a student from Southern Adventist University in Collegedale, Tennessee, USA, arrived in the Philippines in the third week of August 2012 to serve as a student missionary in ABC schools in Negros Occidental. Melissa was an instructor in music and assisting teachers in other areas of instruction for the school year 2012-2013.

ABC Childrenâ€™s Aid Philippines was certainly blessed to have Melissa who is a BS Health Science student at Southern Adventist University. Melissa said after arriving in ABC school in Bacolod, â€œMy first impression was that everyone is very kind and caring! The school is very nice because the children that walk around are polite and very sweet. The teachers that I have met are very nice and I look forward to getting to know them more and the children too. I can see that there is purpose here to educate the children and to show them the love of God.â€

Joy of Serving ABC Philippines As a Missionary

Being on this mission trip with ABC Childrenâ€™s Aid in the Philippines has caused me to learn more about myself than I bargained for. I knew that I would â€˜learnâ€™ about myself and grow, but not as much as I have learned thus far. For me this trip was the best thing that has ever happened to me, not only in serving others, but also in the molding of my character.

I worked as a Bible teacher for grades 3-7 in the Light Christian Academy of ABC Childrenâ€™s Aid in Bacolod City. I was also able to go to other ABC schools in Binalbagan and Manapla, which are both a couple hours away from Bacolod. It was exciting to tell the stories of the Bible I grew up with and see the faces of children light up. Many of these children had never heard of stories that were so common in the Bible, and to be the first person to share these stories with them was an honor. I also had the lovely opportunity to teach these children worship songs and sing with them, along with my little ukulele instrument. It was so much fun and just such a wonderful thing to be a part of.

Being with the children helped me realize that I was there for more than just teaching these children about Jesus and His word, but I was also there to live it out for them. I was to show them love and compassion in ways they have never seen before. I had children open up to me about their lives and talk to me about their personal struggles and pains. Of course, they also shared with me their joys and excitement in their lives. We became a family. I was able to reach out to these kids and help them realize how each and every one of them was special and valuable, especially in the eyes of God their Father.

I would definitely go back to Bacolod City and serve again. I hope, by Godâ€™s grace, that one day I will go back to the Philippines and see those kids again. I dream about my students and think about them everyday. They literally impacted me so much that I cannot imagine not seeing them again in this life. I pray that God lets it be a possibility. I sincerely recommend helping out in this organization because there is so much help needed in many areas. There are a lot of needs for the children, the schools, and the organization itself. It was such a wonderful and a big learning experience for me, and these people are so loving that Iâ€™m sure anyone that would come would feel welcomed and excited to serve. 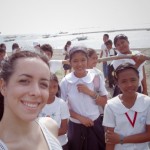 Melissa enjoying a day out with students from ABC Binalbagan School 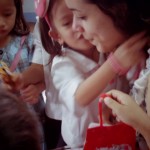 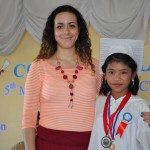 Melissa with a student at a Moving up-Graduation exercise 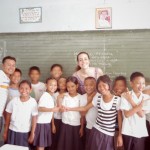 Melissa with one of her classes in ABC Manapla School 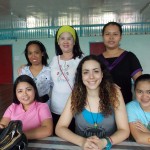 Melissa with some of her colleagues at ABC Bacolod School

Melissaâ€™s services being recognized by Pr. Oriel and Mr. Ditta at the end of the school year in ABC Bacolod School
Share Post: